India should join hands with Taiwan and Japan to fight against Communist Party of China: Global pro-democracy activists 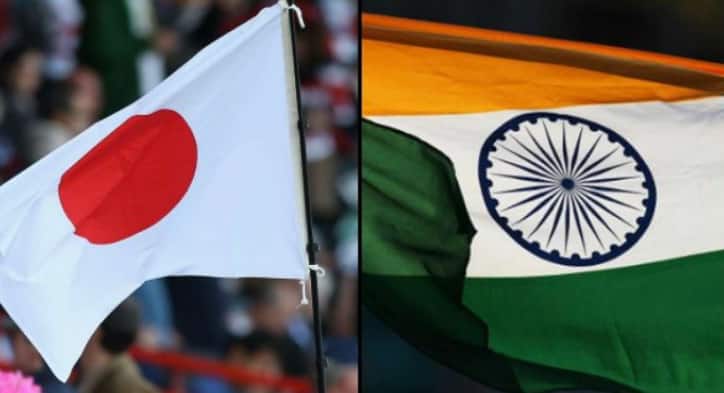 New Delhi: India has a major role to play in the fight against the Communist Party of China (CCP). As a responsible and democratic country, India should unite with Asian countries like Taiwan and Japan to fight against the CCP. It has already been too late and the world is paying the price. In a first of its kind, human rights defenders, scholars, and persecuted communities of China came together to launch the ‘Global Campaign for Democratic China’ on China Day.

The campaign was launched during a webinar titled “Global Campaign for Democratic China: Uniting Against Chinese Communist Party’s Repressive Regime.

“The CCP virus has taken life, love, and even enjoyment from the world. It has made people angry, aggressive, and distrusting of others. However, we already know that the human lifestyle won’t be able to go back to normal. This was just another outbreak of the CCP virus. The real virus was the birth of the CCP a century ago. The virus of CCP became more dangerous after becoming rich over the last 27 years.” Said Sheng Xue, Vice President of Canadian Coalition Against Communism.

Sheng Xue said “due to my family background, I have closely observed the tyranny and persecution by the CCP in China. When I rose against the oppression, I became the enemy of this state. Those people who dissented are already in jails. I was crazy. I had to run away from China to Canada to save myself. There is a lust for money in the CCP. Many people thought that they could make a lot of money under the Chinese regime, but ended up losing their lives. Xi Jinping is a very arrogant, cruel, and stupid leader. He has offended people more and more. So due to this.

Special Appointee for Human Right at The  Tibet Bureau  Thinlay  Chukki said, “Today  China is celebrating the 71st establishment of its foundation. The establishment of a country generally brings about joy to people. However, China’s establishment has led to the persecution of 1.2 million Tibetan and the destruction of 6,000 monasteries. They are working towards the total sinicization of Tibetans.

Director of the Department of Chinese Affairs at World Uighur Congress Ilshat Hassan Kokbore highlighted that around one million to three million Uighurs have been kept under the concentration camps.

“It is a holocaust in itself. After the holocaust by the Nazis, the UN promised that it shall never happen again. However, this is happening again. They also started a war in the free world. Korean War and the Vietnamese War are great examples. They also started expansions within the border as well as outside. India has never been China’s neighbour. Since China occupied Tibet and Xinjiang, it became a neighbour of India. China has also launched some proxy wars in Southeast Asia including Indonesia, Malaysia, and the Philippines. This is an evil empire. Its evilness and bloodiness are not only limited to the Chinese border – it has stretched its war to the world.”

Sharing his views on the difference between the terminologies used to denote Mongolian land captured by China, Director of Southern Mongolian Human Rights Information Centre, Enghebatu Togochog, said that Inner Mongolia is the alternate word for denoting Southern Mongolia, used by the Chinese Communist Party (CCP).

He said, “It has a vast territory, covering more than 2 million sq kms. The Mongolian population is 6 million in Southern Mongolia. Till date, at least 100 thousand Mongolians have been killed or tortured. When China began persecuting Mongolians after annexing Southern Mongolia, around half a million Mongolians were killed. The total population of Mongolians inhabiting the area was one and a half million. China has wiped out millions of nomadic populations in the border areas.”

Gaddi Nishan of Ajmer Sharif Haji Syed Salman Chishty argued that China has indeed indulged in a series of human rights breaches and a series of acts and defiance on international borders and disrespect to the international community. The subversive and oppressive policies towards its own citizens who are looking for a balanced life to live is something to be concerned about. The Uighurs and their plight are known around the world. We don’t need to re-emphasise the plight that they are going through. China has always disregarded and disrespected the concerns and implications of aggressions. Whereas, India is a land of peace. This peace is not only for the Indians – but for the world. Which is why we have been known as ‘Vishwagurus – teachers of the world, for centuries. Whereas China has not been able to stand up to world peace.

Former Union Minister and MLA from Arunachal Pradesh Ninong Ering; began by applauding the initiative of ‘Inter-Parliamentary Alliance on China’ (IPAC), and said that such an association highlights that the world has now realised that coming together of all the democracies is indeed needed to tackle China.

National Co-Convenor of Swadeshi Jagran Manch Ashwani Mahajan argued that There is a lot of aggression going against China. Though we are 2.5% of Chinese imports, we should also not forget that we are 11.5% of the surplus of Chinese trade. The US accounts for around 83.5% of the trade surplus. Out of 430 billion, 95% of trade surplus comes from both the countries. Once these two countries join hands, the Chinese could be repelled back.

Coordinator of Inter-Parliamentary Alliance on China Luke de Pulford expressed his concerns on the growing influence of China in the United Nations and said, “the CCP has strategically rolled out an effort to undertake initiatives of the UN leading to the dependency of the UN agencies on the CCP and coming under it. Currently, at least 15 UN organisations and bodies are being headed by the Chinese nationals. These are huge and important institutions. This is obstructing these agencies to speak up against China.”

The webinar was hosted by a New Delhi based think tank Law and Society Alliance.