Thatched roofs, woven bags, brooms and even toothpicks — there are innumerable uses for coconut leaves as a natural alternative to other products.

And this Bengaluru-based English Professor’s innovation from coconut leaves can potentially eradicate one of the biggest environmental hazards — plastic straws.

According to this 2018, India Today report, India creates 25,000 tonnes of plastic waste every single year of which only 9 per cent of it has been recycled.

Saji Varghese, 51, an associate professor at the Department of English, Christ University, Bengaluru first came across the thought of making straws out of coconut leaves when he noticed several dry coconut leaves lying on the campus ground.

“Each year a coconut tree naturally loses upto six of its leaves. From the results of a study I carried on the same subject, I found out that in many rural areas in our country, these leaves are simply burnt due to the difficulty in its disposal. That’s when I decided to create an eco-friendly product out of it in 2017,” Saji explains.

In just two years, he developed unique coconut leaf straws that sell at a Rs 3-10/straw. He claims to have received orders for more than 20 million straws from over 10 countries since he introduced the product in the market.

The straws received a patent in 2018 and are now sold under the brand name, Sunbird Straws. 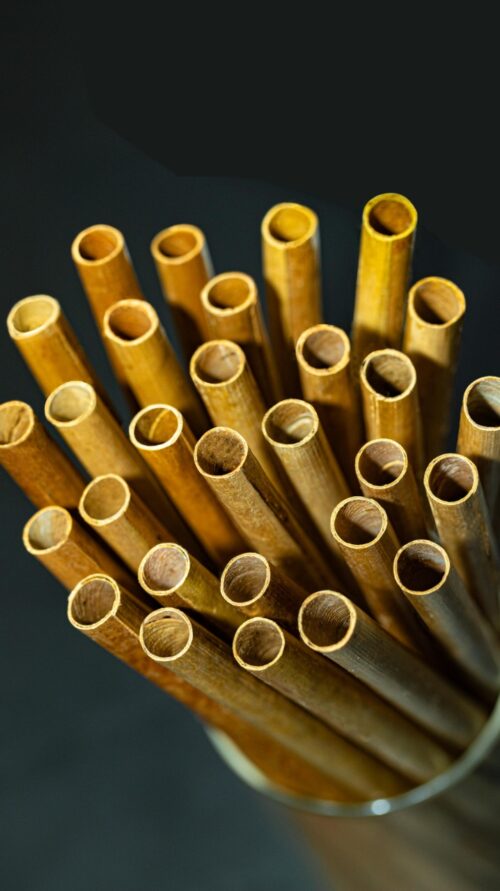 Saji has conducted various experiments and extensive research on several biodegradable materials at the campus incubation centre at the university, due to his interest in the area. With the support of the college, he even launched a start-up named ‘Blessing Palms’ to promote these biodegradable and eco-friendly innovations.

“When I first wanted to make the straw, I started out by steaming the leaves to clean them and that’s when I noticed the natural wax from these leaves was coming out on its own. We can use this natural wax to make the straws anti-fungal and hydrophobic (water repellant),” he explains.

In October 2017, he came out with a single layer coconut leaf straw as the first sample. But by 2018, with the help of a team comprising students from Christ University and design engineers who helped developed in-house machinery for large scale production, Saji created coconut leaf straws that ranged from 3mm to 13mm. 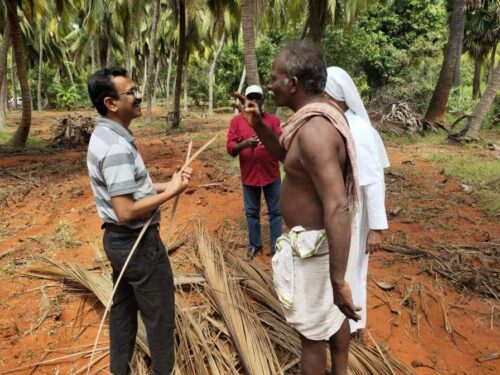 Varghese on a field trip

Chirag MG, who is a stakeholder in the company and is also a student of the University says, “We tested the straws with all kinds of beverages, from water and sodas to milkshakes and even bubble tea. The straws are 4-8 inches in length and have a shelf life of six months making them ideal for restaurants and hotels.”

“The coconut leaves undergo a three-step cleaning process which we follow with scraping and rolling. All this is done by the in-house machinery so that the straw is hygienic. Besides this, we use a food-grade adhesive for glue, making it free of chemicals,” says Saji.

Initially, the college funded his innovation but soon several corporates like Accenture and HCL in association with Ahmedabad-based Entrepreneurship Development Institute of India helped with the funding to take the project forward.

“One of the key visions of the company was to support rural communities and since we primarily source our raw materials from rural coastal areas, we decided to provide employment opportunities to the women in these areas. As part of this initiative, we set up production units in Madurai, Kasargod and Tuticorin and currently have around 18 women who are employed under the company,” he says.

“What motivated me to join the venture was Saji Sir’s urge to solve everyday problems. It not only helps in solving environmental problems but also ensures the empowerment of rural communities,” says Chirag. “In the coming three months, we plan on starting atleast 20 more production units and employ around 200 women across villages in India,” he adds. 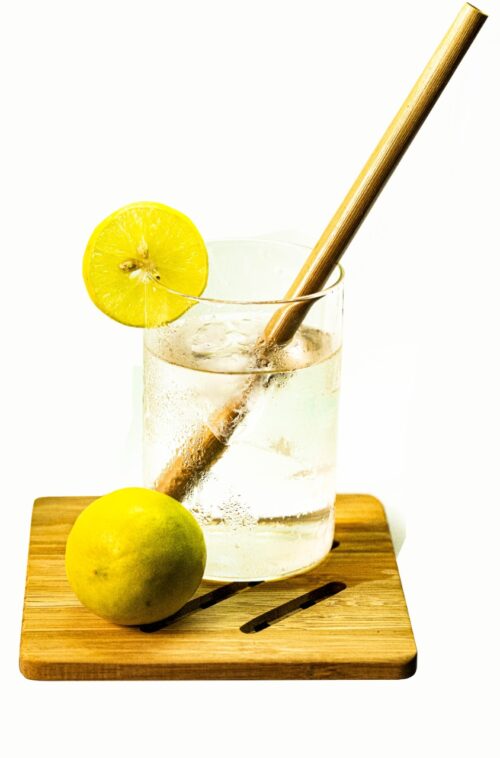 Sandeep U, who has been working with the team since its inception in 2017 says, “We entered the Climate Launchpad Award in the Netherlands and won the award for Best Innovation for Social Impact against 45 competing countries. This automatically pushed us into the international market and soon we started receiving orders from countries like Malaysia, the USA, UK, Germany, Australia, and the Philippines.”

Neena Gupta, 32, an entrepreneur based in the United States who has been buying these straws for over a year shares, “I fell in love with these straws when I first used them. They are so durable and don’t get soggy like paper straws. I was surprised that they were single-use. I’ve used many natural straws but these by far are the best that I’ve come across. And the fact that they are made from agri-waste makes me so happy to know that valuable resources are not being over-utilised.”

Today the straws have received almost 20 million orders and been creating impact in more ways than one.

“The straws have been able to prevent the burning of coconuts leaves, have played a part in reducing the usage of plastic straws and have empowered women in rural communities through employment. All of this from a straw worth Rs 3. I think that is the kind of impact we must all strive for, especially in the current COVID-19 scenario where it is upto us to revive the economy and the environment,” Saji remarks.

His coconut straws have received several accolades including the Shreshta Udyami Guru Puraskar 2020 from the Entrepreneurship Development Institute of India (EDII) and the First Position at Start-Up Launchpad by the ASSOCHAM, New Delhi.